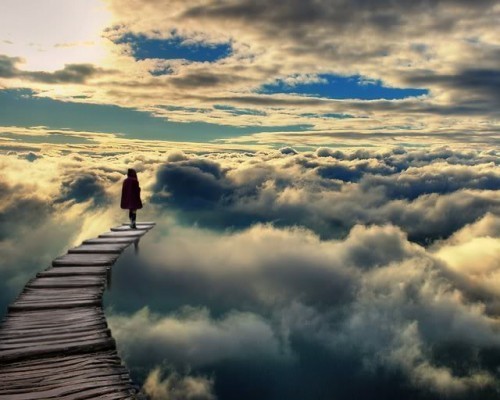 Funny thing about writer’s block, it can sometimes spring upon you like a hunter’s trap. There you are, walking along the path of your imagination, drinking in all the sights and sounds and enjoying your journey, when out of nowhere the steel jaws clang shut around your ankle and your stuck – mired in indecision, apathy and disillusion.

So how do you escape?  Well, they don’t say “the truth will set you free” for nothing.

I find that when my writing just won’t move forward, it’s usually because I’m holding something back.  Somewhere along the way I obscured some fact, hid some insight, stepped around an uncomfortable realization.  Obscurification doesn’t just hide the truth, it can blind you and lead you towards dead ends and blind alleys.

“Whenever I am stuck in a piece of writing,” says Julia Cameron in The Right to Write, “I ask myself, ‘Am I failing to tell the truth?  Is there something I am not saying, something I am afraid to say?’  When the answer is yes, the writing shows it.”

We’ve all played the avoidance game – few people have the courage for regular confrontation – and so the landlord’s never told about the leaky pipe, the coworker never learns that their tuna sandwich pollutes the office during lunch time, and relationships that should have ended months ago continue to exist, emotionless and dead but ever-animated like a zombie.

It’s the same with writing.  When we avoid the truth – avoid where the story’s headed or try to couch our insights in friendlier, more “politically correct” language – our writing suffers and eventually collapses, just like that that waterlogged kitchen cabinet.

Telling the truth is not an easy endeavor.  I often think of the Wayfarer by Stephen Crane:

The wayfarer,
Perceiving the pathway to truth,
Was struck with astonishment.
It was thickly overgrown with weeds.
“Ha,” he said,
“I see that none has passed here
In a long time.”
Later he saw that each weed
Was a singular knife.
“Well,” he mumbled at last,
“Doubtless there are other roads.”

And telling the truth is even more difficult when you know you’ve got an audience.  Just last week, my mother told me she was disappointed in the way I’d described Laughlin, Nv (the town she’s called home for over 20 years).  She said that by calling it “second rate,” I’d disparaged not just the city, but its residents, including my parents.  She was genuinely upset by my choice of words – but I would be lying if I tried to change the way Laughlin (despite it’s many charms) appeared to me during the time I lived there.

For all the difficulty associated with its execution, there are benefits to telling the truth when you write.  As Cameron points out, “It is almost impossible to be honest and boring at the same time.”  You may aim to entertain, provoke or depress your readers, but you should never bore them.

Additionally, honesty allows you to reveal the depths of your piece.  As Cameron says, telling the truth takes you deeper and can help you heal.

“For writers – for all of us – honesty is healing, and one of the first things it heals is our prose problems.”

Just remember, no matter how clever you think you are, when you hide the truth, it shows.

“Writing is sheer – like a scarf – and the shape of our odd emotional furniture always shows beneath the drapes.

So next time you’re blocked, check your “truth-meter.”  How far have you strayed from the truth?  How can you steer yourself back towards honest shores?

Here are some questions to help you along the way:
> Am I saying what I mean?
> Am I glossing over anything?
> Am I giving a pat answer instead of a truthful one?
> What truth am I blurring?
> What am I afraid to simply say?
> What am I unwilling to face? 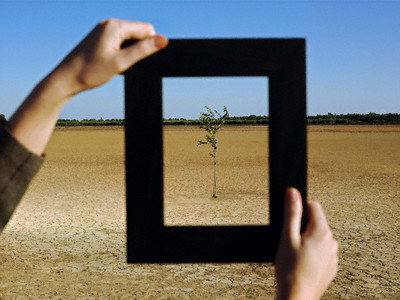