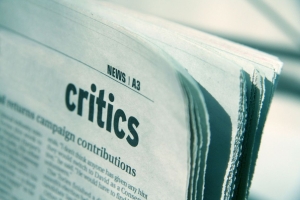 Do opinions matter?  Are we writing to please others or from some internal need to express ourselves creatively?  And does it matter if your writing falls flat or flies high, if you can’t find satisfaction in what you’ve created?

It’s a struggle to write in a vacuum, never knowing if you’ve said anything truthful or valuable.  Are you contributing something, or just filling up pages with empty words and worn out clichés?  On the other hand, presenting your work for other’s inspection is equally daunting – what if they hate it?  What if you expose your vulnerability, your lack of skill… your unworthiness?

From time to time, a topic will keep popping up in your consciousness: first an article, then a television episode, maybe a song or a newspaper headline.  More often than not, it’s simple a case of the cultural zeitgeist asserting itself. But occasionally, I’ve found that there’s a message in that repetition: a call out from the collective that I need to pay attention…something important is about to reveal itself.

Recently, the universe has been sending me one particular message-in-a-bottle: how do you react and rate opinions and personal assessments within the creative sphere.  For example, in the pages of the May/June of issue of Psychology Today (that I randomly selected at the airport kiosk just before flying to Dallas), I came across a piece by Augusten Burroughs about the importance of not following your dreams.  Burroughs points out that sometimes, well meaning support by friends and family do more damage than good when they mislead loved ones on their abilities and talents.

“…there are many, many people who do not need to be told to cling to their dreams;” says Burroughs, “they need to have those fantasies wrenched from their little fists before they waste their entire lives trying to achieve them.”

But who does the wrenching?  Who’s up to the task of dream killer and aspiration destroyer?

Internet commentators certainly seem enthusiastic for the assignment. When I want to get depressed – I know, it’s a strange urge – I head to the online comments section.  It’s virtually guaranteed that no matter what the topic or skill level of the writer, the feedback will eventually descend into nitpicky criticisms, personal attacks, and opinions delivered as indisputable proclamations.  And while constructive criticism is always worthwhile, in the anonymous hallways and smoky side-rooms of the world wide web, it’s hard to separate the wheat from the chafe: what do you pay attention to and what do you ignore?

In a recent episode of the HBO series Girls, the theme of opinions continued.  Several of the characters on the show loudly declared their stance on the value of the creative efforts of Hannah, the main character.  Some believed she focused too much on the trivialities of life.  Still others felt her short story about a hoarding boyfriend was boring and unrealistic, “If it was that bad, why not just leave?” says the main character’s roommate Marnie.  But Hannah had her champions too.  A college professor identified her as a talented writer while also denouncing her collegiate rival as “a shitty writer.”  And while the viewers occasionally hear snippets of Hannah’s work, the question of whether or not she’s truly talented is largely left unanswered.

And there’s a good reason why – because ultimately “good” and “bad” are matters of taste and personal preference.  As are “entertaining” and “boring.”  “Insightful” and “derivative.”  “ Original and clichéd.”  I know not everyone is going to agree with my point of view, but I believe that focusing too much on how your work is received limits potential – how will you ever know where you might end up – what heights you might ultimately reach – if you’re too busy glancing behind your shoulder, keeping a wary eye on the angry mob ready, willing and able to pester, deride and condemn your efforts every step of the way.

So how can I start off at the beginning of the week talking about the importance of your audience and end with suggestion that you ignore the judgment of others?  I think the answer lies in intent.  It is the rare writer who writes for no one.  Everyone has a reader in mind, and as I said in my previous post, sometimes focusing on the wants and needs of that reader can help you fine tune your content and produce a better version of what you’re trying to say.

But opinions – particularly unsolicited opinions – are rarely about the content and are more about the individual who’s making the assessment.  Sometimes it’s a fine line between the reader/helpful critic and the opinionated blowhards – but that line is infinitely easier to find if you look for the intent behind the opinion.  If they’re trying to make you a better writer – or maybe save you from falling off a cliff and into the land of delusion – then listening and considering what they have to say is worthwhile.  But if they resent your efforts… resent that you even tried in the first place…resent that they are reading what you’ve written when they’d rather be reading (or writing) something else, then by all means,  tack on a pitying smile and bravely continue on your way.

Because remember, while everyone has a right to an opinion, not every opinion matters.  It’s just up to you to tell the difference. 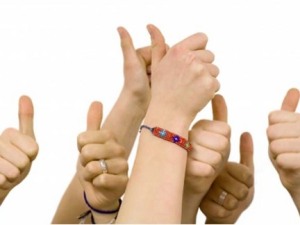 3 thoughts on ““Opinions are the cheapest commodities in the world.””