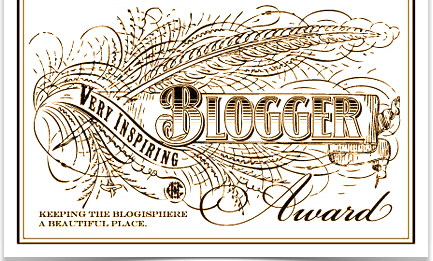 One is not always the loneliest number (especially if you’re at the top of Santa’s “nice” list), but just about everything is better when it’s part of a pair.

Always quickly following up your first sneeze with a second – odd, perhaps, but also oddly liberating (I mean this sneeze so much, I did it twice!).

Another thing that’s better when it involves a twin?  Blog nominations!

This week I logged to see that I’d been nominated twice for a Very Inspiring Blogger award.  Both the awesome Olive Wolfe from Count My Blessings and the lovely Luanne over at The Writer’s Site have both nominated The Daily Creative Writer, and I’m so honored to be recognized by these two inspiring bloggers and to be included in their nomination lists.

As with the One Lovely Blog Award, the Very Inspiring Blogger designation comes with a few minor – but worthwhile – duties, including:

So without further ado…drum roll please…some (more) facts about the Daily Creative Writer.

Hyperbole and a Half