Skip to content
Posted on October 26, 2012 by SeaWrite Media 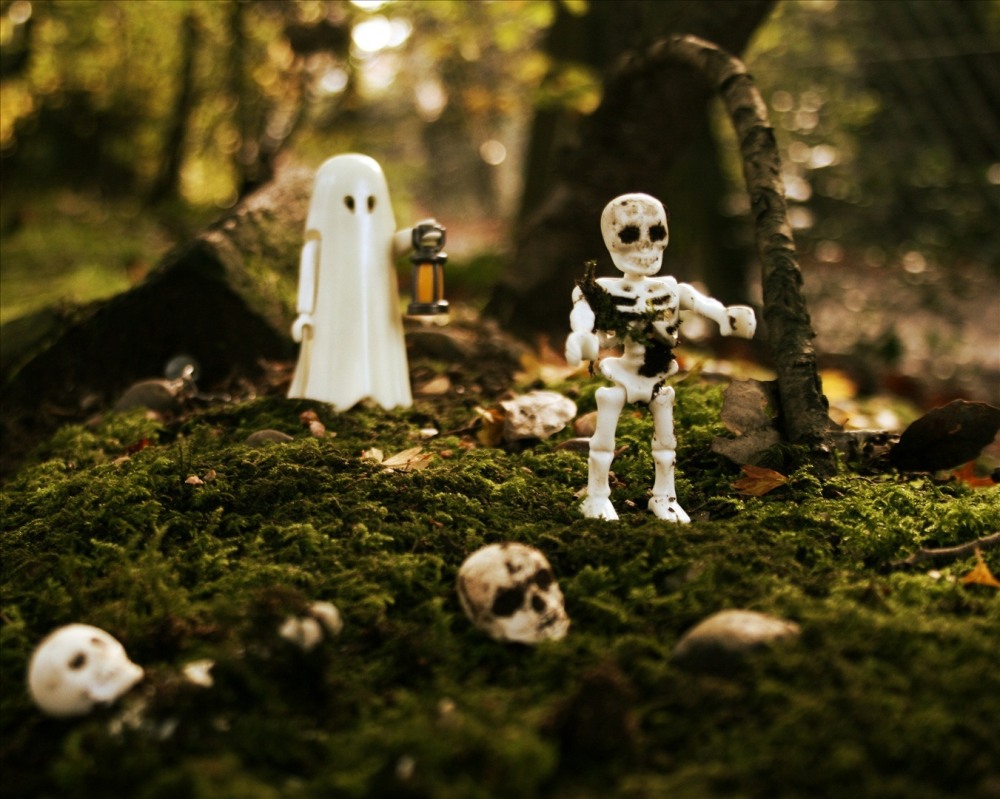 Silver bullets, stakes through the heart, and that twist at the end.
By Elizabeth Cutright
© 2012 The Daily Creative Writer

“If a fear cannot be articulated, it can’t be conquered.” ― Stephen King

I know I’m not alone when I declare Halloween to be my favorite holiday.  I’m constantly hearing reports that Americans spend more money to celebrate Halloween than any other holiday besides Christmas (take that, Easter Bunny!).  Fall is already my favorite season, and I am most definitely part of the “let’s add pumpkin flavor to anything!” cult, so my All Hallows Eve love is quite appropriate.

And I just love ghost stories!  I love everything about them: The mystery of the unknown (did that really happen?); The chill down the spine (“and then they said, ‘a little girl used to live here, but she died 20 years ago”); and the feeling that maybe…just maybe…we can’t explain everything.

I’ve been entertaining myself the last couple of days reading “true life” ghost stories over at Jezebel.  This is an annual Jezebel tradition, and last year some of the stories haunted me for days (including one that involved a secluded farm, an old-timey truck running in the driveway with no one inside, and a family huddled inside the homestead as all the windows and doors shook simultaneously.  Afterwards – because there’s always an “afterwards” – further investigation indicated that the phone lines had been cut and that, decades earlier, a drifter had killed a family in a neighboring county and had been seen leaving the crime scene in the exact same truck – YIKES!).

If you love goose bumps, spine tingles and dodging mirrors at 3am, then I heartily recommend reading the reader comments – many of which rival the short-story greatness of Edgar Allen Poe and his ilk.

All this scary-story love got me wondering what it is about these tales that intrigue me.  I don’t really care for gore, and violent films are a turn off (I had a major…MAJOR…serial killer phobia for several years), but set a story in an old house, add a creaking door and shadows on the wall, maybe sprinkle in some whispers in the corners or radios that turn on by themselves or lights the blink off without cause, and I’m in!

On the one hand, I’m sure part of the appeal is that these stories hark back to the origin of storytelling itself: the need to explain the world around us, to put things in context, to teach important life lessons or keep track of cultural history.  After all, scary stories remind us that strangers can be dangerous, that we really don’t know what happens after death, that there are “strangers things in heaven and earth…”

I’ve tried to write a ghost story or two.  I start off great, but never seem to be able to build momentum (telling stories to friends is another matter altogether, but then again, I just love telling stories).  As usual, I turned to my faithful friend Google for some scary story tips.  Most were familiar and applicable to all storytelling (description is important, tell the story with dialogue, build tension etc), but I found some advice helpful.

Foreshadowing is key.  Planting the notion that something is not right from the very beginning can ratchet up the tension and prepare the reader for the spooky and/or frightening events to come. Of course Chekov’s Gun is one of the most common examples of foreshadowing (if there’s a gun in the first act, Chekov declared, it must go off in the third), and most of Poe drips of foreshadowing.  And, of course, Shakespeare was a foreshadowing fiend.

“By the pricking of my thumbs, Something wicked this way comes. (Act 4, Scene 1, Macbeth)

Another suggestion involves using your own fears.  I know Stephen King has talked about this a lot – how his own phobias and terrors have influenced him.  For example, The Shining, is based on King’s stay at the Stanley Hotel in Estes Park (he slept in room 217) and the unease he felt while at the hotel.  He even based some of the characters in the novel – like the bartender Grady – on real life counterparts he met while he was there.

If you’re at a loss, some websites suggest revisiting old childhood fears.  I know that I was traumatized early on by the clown doll that comes to life in Poltergeist – so to this day dolls scare the beejezus out of me (of course my aunt/godmother is an avid doll collector.  Her house is peppered with menacing, glass-eyed ghouls – including two from South America that are straight out of the Monkey’s Pay – gracias Tia!).  I was also afraid of an empty lot – thick with chaparral and other impenetrable bush –  near my childhood home (did I mention I grew up across from a cemetery?) that my cousins told was inhabited by the devil.  Then there’s the aforementioned serial killer phobia – aided and abetted by another cousin telling me all about the Manson murders when I was ten years old.

Hmmmm…. seems like I’ve got a lot to work with.

And ultimately, as King points out, when horror or suspense work well they allows us to experience the “dress rehearsal” of our death, and work through the fears and terrors that may be holding us back.  We may be allowing our paranoia and our dread stop us from moving forward, trying something new, going out on a limb.  So when a character confronts the boogeyman, or rips back the curtain to reveal what the Scooby gang knew all along (“It’s just old man Perkins in a mask!), we can feel a vicarious sense of triumph…a small smidgen of success – we are just as smart as they are, smarter even!  So if they escaped the masked murderer, surely we can tackle that intimidating boss or stand up to that bully.

We can vanquish the vampires, werewolves and Frankensteins from our own lives.

And if not…well, there’s always the sequel!

2 thoughts on “Using Fear as Fodder”