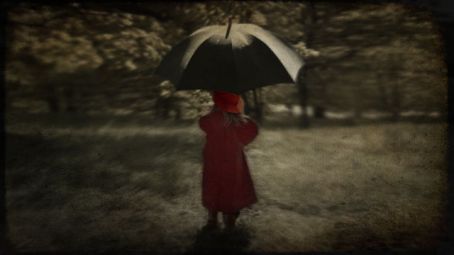 For those of us plagued with an overactive imagination, life is full of sidetracks and embellishments.

I’ve been thinking a lot recently about the art of illusion and our particular knack for self-delusion. If you’re a writer (or live any sort of creative life), then you probably mastered the ability to spin a tale out of the barest of threads, embellishing at will, adding on agendas and emotions, perhaps dabbling in themes and motifs and foreshadowing. Probably, if you’re any kind of storyteller at all, you’ve found it difficult to separate willful fiction from real-world aggrandizement and ornamentation.

In other words, you’ve probably been accused on more than one occasion of exaggerating the facts, or – even worse – creating entire scenarios out of nothing but a gut feeling and a side-eyed glance.

When it comes to relating “real world” events, I never hide the fact that I like to tell a good story. I let my listeners know from the outset that I’m telling my version of how things went down and what took place and who thought what. I always add the caveat that they’re free to believe all or half or nothing I’ve what I’ve said.

But what about the stories we tell ourselves? What do we do when we’re the victims of the self-made mirage?

And how long do we allow ourselves to wander in the desert of our own imagination, hunting hallucinations and the ghosts and specters of what we wish were true…what we hoped so very much was real and concrete and not subject to whims and fancies?

The other day, I got to thinking about Don’t Look Now, a short story by Daphne du Maurier (that was later made into a creepy film starring Donald Sutherland and Julie Christie). In the story, a couple – estranged and reeling from the unexpected death of their young daughter – travel to Venice in an attempt to escape their sorrows and reconnect in the city of canals. In Venice, a series of events leads them to believe that they are catching glimpses of the ghost of their dead daughter and that perhaps she has some message or warning she means to communicate to them.

Unfortunately, the reality is a bit bleaker and much more dangerous. The “girl” in the red coat turns out not to be the spirit of their daughter after all, and ultimately one of them pays a deadly price for this assumption.

Delusions can be deadly.

I can talk myself in, or out, of anything. I can rationalize like an Olympian. I can tell the same story in so many different ways that even I am susceptible to losing the unifying thread, the original theme, the “realness” of it all. And though I’m well aware of this propensity, I fall victim to my own illusions on a frequent basis. Often I’m accused of “overthinking it” or “losing perspective,” and perhaps those accusers have a point.

On the other hand, no matter how many versions you tell, sometimes the truth is unavoidable. In the film Rashomon, several witnesses to a murder tell their version of events. It’s a great set piece on the vagaries of the eyewitness and a commentary on how our own agendas and prejudices taint our view of the world. But there’s one inescapable fact, no matter how the story is spun, the samurai is still dead – and not even the best storyteller can change that fact.