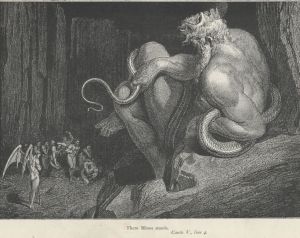 The more one judges, the less one loves.  Honore de Balzac.

First off, let me begin by admitting that I am guilty of stepping onto my own personal soapbox on more than one (probably one too many) occasion.  I’m also culpable when it comes to delivering unsolicited advice, making unnecessary pronouncements and spending the better half of a decade trying to convert PC users to Apple by force of my conviction and (what I considered) irreproachable justification.

I’d like to say that I’m a recovering judgment addict, but in truth, it’s a hard habit to kick. It’s an addiction made even worse by the ease with which can all broadcast our opinions and reactions online – one “like” as an “amen and hallelujah” and another hashtag for all those “what the hell, what were they thinking?!” moments.  There can be unhappy consequences to all this immediate access to everyone else’s perspectives and points of view.  Initially, you may be shocked by the social, political, food-based, religiously motivated comments and observations freely shared by your Facebook friends, your Twitter followers, your Instagram buddies and Pinterest fans. Eventually, our right eyelid begins to twitch, and your cursor hovers over the comment box, and before you know it you’re gripped by a manic desire to respond, reproach and angrily recriminate.

We all have a point of view, and there’s nothing wrong with being more than willing to share it, but free speech does not guarantee freedom from consequences.  We can say whatever we like most of the time, but the rest of the world is free to play judge, jury and executioner to your words and phrases and off-the-cuff remarks.  If you end up sounding like an asshole, there are plenty of folks ready, willing and able to call you out.  There’s always uncalled-for critiquing and sour-graping and general nasty-making asides, but overall we pretty much call ‘em like we see ‘em.

As a writer, it’s important to have a point of view, a starting point, and a philosophical leaning.  None of these preliminaries should be set in stone; after all… the most interesting characters and plot developments are those that seem to evolve and change over time in response to an accumulation of experiences and the influence of the people, places and events we interact with and impact.  We never want to follow a character in a straight line from point “A” to point “B” and so on, it’s the jagged, Richter scale undulations that are the most compelling.  In particular, I love it when I start off hating a character but end up declaring fervently that he or she is “my most favorite of all” (I’m looking at you Jamie Lannister!)

I’ve written before about receiving critiques and judgment on your writing, and I still believe that we must create creatively with a blind eye to what those around us might think or how they may react to what we’ve done.  When it come to executing a creative life, I also believe we should follow our gut and attempt to tamper down the doubts and aspersions that may be leveled at us by others.  At the end of the day, you can’t live your life by committee, and you can’t let other people roll the dice on your bet.

To live authentically and grow creatively, we must practice the art of self-protection and try to keep the haters not only on the sidelines but hopefully off the practice field altogether.

I’ve despaired, recently, at the amount of pontifications and summary judgments I see lobbed about online.  Whether it’s passing judgment on child rearing or sourly remarking on the life choices of friends, family, and recently deceased celebrities, I think we ultimately do ourselves us a disservice when we wantonly give in to our desire to scream, “you’re doing it wrong!!”

Someone once said, “every relationship is its own country, and a stranger will never understand what goes on within its borders.”  I think we are all our own countries in a way – we can allow visitors in, maybe even suffer a few transient expatriates, but in the end only we can truly understand ourselves and the motivations and influences behind our beliefs, actions and legacies. Paulo Coelho explains it thus, “We can never judge the lives of others because each person knows only their own pain and renunciation. It’s one thing to feel that you are on the right path, but it’s another to think that yours is the only path.”

The next time you’re tempted to take a pot-shot, hit the pause button and ask yourself what you’re really reacting to – are you really that upset by what someone else has said or done, or are you just trying to make a dent in the void?  Are you attempting to hoist your voice above the din?  Do you feel like you’re always shouting in the wind and, this time, you will be heard!

Because I tell you what, your sarcastic post or insolent hashtag isn’t going to make the target of your vitriol change their ways, because that’s a battle that’s already been lost.  Sometimes gentle suggestion and decades of support result in positive change, but I think the studies are still out on the impact of your Facebook snark, and when you don the robe and smack the gavel, you end up revealing more about your own character than whomever you’ve chosen to judge in the first place.

Because as Carl Jung once said, “Everything that irritates us about others can lead us to an understanding of ourselves.”

One thought on “Observing Without Evaluating”