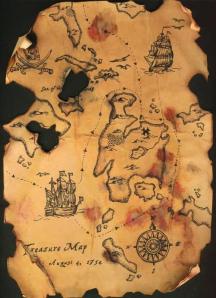 (Notes from the Writer’s Workshop (Part 4)
(Previous entries in this series here, here and here)
By Elizabeth Cutright
© 2012 The Daily Creative Writer

“The reader is not your enemy.”

That was the first piece of advice from the writer’s workshop seminar on creating dramatic fiction.   It surprised me because I’ve always felt as if I have a congenial understanding with my imagined reader – our interactions have never felt antagonistic.

“How sad,” I thought, “that any writer would think he had to battle with his or her audience.”

But then the lecturer clarified his statement, and it all made much more sense.

“Let the reader ‘in’ on what’s happening,” he advised, “even if the protagonist does not.”

And then I understood.  I could see that in my fiction, I often treated plot as a mystery and character motivation as something that needed to be discovered rather than explained.

“Writers can be passive aggressive,” explained the lecturer, “ they don’t want to tell you the whole story right away.  They want to eke it out – feed it to you in tiny morsels.”

How many times have you been frustrated by a novel that seemed to go nowhere, or that started out as if you’d been plopped down in the middle of a high-stakes game without knowing any of the rules, let alone the players or how one might win – or lose – a match.  Sometimes these stories end up paying off, and at the end, you understand why the writer started you off in a fog of confusion.  And there have been times when I’ll admit; I’ve simply given up – back goes the book onto the bookshelf and off comes the author from my list of favorites.

How can you avoid becoming a blacklisted author?  I think that as long as you have a clear idea where you might be headed, you can avoid many of the pitfalls described above.

So where to begin?  You’ve already seen that I’m a great believer in writing every day and indulging in a variety of different writing exercises.  This particular workshop lecturer also emphasized the importance of short writing exercises as a way to explore your subconscious.  These little snippets and paragraphs can help you get to the heart of what you really want to say and can reveal the story bit by bit.

“You don’t plan the whole symphony before you play it,” said the lecturer, and he’s right.  Stories evolve bit by bit, page by page.  You set up a question, and then you answer it.  You set up a goal and then you fulfill it.  And use those favorite scenes – the ones you initially imagined when you were first playing around with the first notions of a plot – as incentives to move forward.

Of course, we all know that writing is not as simple as sitting down in front of a blank sheet of paper or a blinking cursor, and puking up all that brilliance while it magically forms into perfect sentences and paragraphs.  Writers are at their best when they enjoy the process, but it’s still a process.

Here are some tips from the lecture to help you get started:

If, like me, you have a drawer  – or “Dropbox” – full of half finished stories and screenplays,  do not despair.  All that work need not go to waste – and sometimes you can find the real gem hidden amidst the “rough” drafts.  I once heard an author discuss how she came up with her sassy protagonist and molded her into an acclaimed first novel.  She’d taken a set of short stories to a writer’s conference and at one point convinced one of the presenters – a well-known literary agent – to look over her material.  It was returned to her full of Xs and cross-outs  – just about everything she’d spent years working on had disappeared with the flick of a red pen.  All of it but one little paragraph about a pregnant girl abandoned Walmart parking lot.  “You’ve got something here,” the agent had written.

What’s hidden in your own garden of false starts and first drafts? 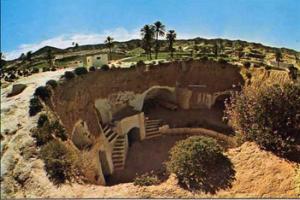 Start an excavation.  As you reread your old work, create two piles – one pile contains everything you need to know about the story (like character histories) and the other pile, which is the one that probably includes the basic plot.  It’s helpful to highlight all those long, beautiful passages of description and cross them out.  Don’t worry; you’re not murdering them – just putting them in a state of suspended animation.  They’ll be there for you if you need them, so don’t panic.  The truth is, once you’ve stripped your story of all its adornments, you’ll probably realize you’re better off without that sunset or flowering declaration of love.  Finally, read through your story put a star by each sentence where something actually happens, or a character makes a decision.  When you reach the end of what you’ve done so far, those little stars will mark the beginning of an outline – a treasure map if you will.

And while you may not know exactly where you’re headed, at least now you’re on your way.

4 thoughts on “Excavation and Treasure Maps”