The ongoing saga of reposts and autobloggers.

I’ve added a new page to the Daily Creative Writer this week.  I’m documenting my attempts to thwart some content thieves.  There are still a lot of unanswered questions – why did they target one of my posts specifically, who are they, what do they hope to gain, etc – and it’ll be a while before I know if my efforts have succeeded.

It’s sad to end this week’s worth of blogs on a pessimistic note.  I feel a little chagrined now that I realize I’ve been conducting this whole experiment a bit naively.  I’d just assumed I’d write a bit, people would read it and maybe comment, and I’d be able to keep my toes in the creative pool on a day-to-day basis.  I forgot about the dark side of the Internet – the trolls and the spammers and the hackers – the downside that always has to attach itself to anything sincere.

Reading about the online and offline hacking attack weathered by Wire writer Mat Honan reminded me that there are always bullies in the schoolyard; folks that get off on causing trouble just because they can – the hooligans, ne’re-do-wells, the ruffians. Comment trolls come from the same family tree, as do spammers and – as I learned this week – auto-bloggers.  Sure, sometimes there’s financial incentive behind it, but I think it’s just as much a “crime of opportunity” as a way to raise some cash.

I’m not going to stop writing this blog.  I’ve taken some steps to protect my content and if you’re curious or need some guidance, I encourage you to check out my new blog page  “Auto Blogging and Copyright Infringement” (next to About and The Daily Creative Writer.  where I outline what I’ve done so far, and where I’ll post updates as things (hopefully) progress.

It’s a fine line between homage, inspiration and adaptation.  Creatives and artists are always working upon foundations built by someone else.  It’s why arguments about which idea came first are worthless. It doesn’t matter if The Hunger Games ripped off Battle Royale or Enders Game. I don’t care if Lev Grossman’s The Magicians harks back to CS Lewis.  Every few years you’re going to see a “reboot” of an old Hollywood franchise, and that’s not much different than the re-stagings theater-goes have been attending since the time of the ancient Greeks, when every season brought a new take on the same old myths and legends the audience knew by heart.

This wholesale “copy/paste” content crime is a completely different animal.  These autobloggers are not picking my content because they like it, they are just doing it because they can; because there are plugins that make it easy, and because SEO and AdSense and Goolge rankings have real, monetary value.

And I think that’s one of the things that bugs me the most.  Content I’ve created with a specific purpose is being retooled to make some spambot an extra couple bucks.  My poems, essays and heartfelt meanderings are being codified and marginalized to game the system.

There’s plenty the “ powers that be” could do to stop this.  I still think disabling the WordPress autoblogging function and allowing users to disable automatic RSS feeds is a good start.  But we bear some responsibility as well – that’s what I learned this week.  By failing to post a byline and a copyright notice on every piece of writing I do, I invite this sort of thievery and misuse.

And I’m going to take a big look at how I spend my time online.  What am I doing (knowingly and unknowingly) to perpetrate this kind of spambot behavior?  What can I do to protect not just my content, but other people’s content as well.  I try to be judicious about sources and credit (particularly for the photos I use on this site that are not my own) – but there’s probably even more that I could be doing.

In the meantime, I’m going back to every entry on this site and adding my copyright warnings, and I’m going to try and cultivate an attitude of acceptance and optimism.  The dark side is out there, but that doesn’t mean it has to win.

Fight the good fight and don’t let the bastards grind you down…. 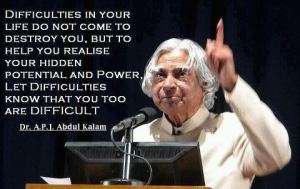