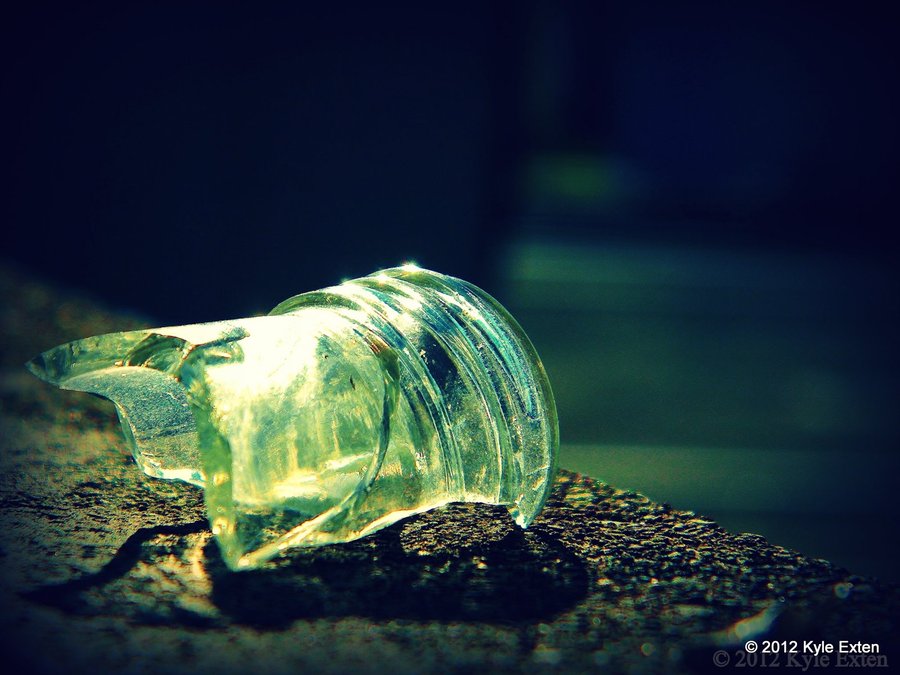 Split from tradition and find inspiration in new media storytelling.

When I was in college, I took a class called The Art of Narrative Fiction. It was led by a legendary English professor, a scruffy, portly, British expatriate who had courtly air and a flare for the dramatic – he often held his office hours during happy hour at the local pizza joint and was probably “inappropriate” with more than one doe-eyed co-ed during his tenure.

He was – as you can imagine – a ball. I was an iterant class-skipper during those days, but I always made sure to find a seat in near the front of the university’s amphitheater – the only class space big enough to accommodate the throngs of students who signed up every year. He was the epitome of the liberal arts professor, and he was – to my small town eyes – the “whole reason” I was excited about college in the first place.

And his lectures lived up to the hype.  He’d strut back and forth across the stage, spouting out pithy reviews and one-liners that sounded like a direct feed from the literary gods.  He was entertaining and irreverent and – unlike many other professors of his stature – he made sure to grade at least one paper from every student (most hand off everything but the final to a legion of teaching assistants).  He gave me an A on my midterm paper, along with a pithy paragraph laced with encouragement and irreverence.

We tackled a small stack of stories during the 6-week course, including (off the top of my head): The Book of J, The Gospel According to Matthew, Shakespeare’s A Winter’s Tale, and Neil Gaiman’s The Sandman.  These are all narratives I’d probably never otherwise be exposed to (except, maybe, Matthew’s gospel during catechism), and so – above all else – what this class taught me was the varied nature of storytelling.

In the end, it’s not the container, but the tale that’s told within it.

first began the Daily Creative Writer, I played around about with the form and function of storytelling.  I wrote a comic strip about a day shopping for patio umbrellas at a home improvement store.  I included the first few pages of a film script I started about ten years ago.  And I even rewrote a classic scene from Pride and Prejudice, turning it into a short essay on sandwich making.

These weren’t mere writing exercises; they were also a form of literary yoga – a way to increase the flexibility of my brain and allow my creativity to take on new and unfamiliar positions.
In that vein, today I’d like to give a shout out to some of the other non-traditional storytelling forms I’ve been enjoying lately.

For starters, there’s writer Elliot Holt’s mystery/suspense yarn told via Twitter updates.  As Slate points out in its review of Holt’s social-media thriller, in detailing the peculiar circumstances surrounded a woman’s plummet from an NYC rooftop party (as told by three “tweeters” attending the event), Holt manages to almost perfectly capture the tone and “inside scoop” of the Twitter universe.  Using hashtags and liberally peppered with “@” references, the story spins out effortlessly and makes the reader a part of the action.  Holt ends the exercise ambiguously, and the author encouraged readers to give their verdict: “Was Ms. Brown’s death a #homicide, a#suicide, or a #accident?”

As the presidential election wound down, I was sent a link to a story that probably could not have been told before the invention of the Internet.  It’s hard to describe exactly what this interactive, graphic storytelling exercise is – a cartoon? A comic? A blog? – But as you scroll through America: Elect!, the story rolls out before you like George Harrison’s long-and-winding-road.  Sometimes reading can feel like a passive endeavor (with many readers even eliminating the need to turn pages), America: Elect! makes you a participant.  It’s cool and different and – to me anyway- indicative of what can happen when creative minds use technology as a form rather than a function.

And finally, there’s the real-life story that played out over text messaging.  In 2008, on the night of the presidential election, “Renee” over at the Stranger , received a text message from a stranger.

“I LOVE YOU. I’M SO HAPPY YOU COULD SEE THIS DAY,” wrote the unknown texter, to which Renee replied, “I’m ecstatic too, but who r u?”

While that 2008 conversation ended without the texter’s identity being revealed, Renee decided to the text conversation (which you can scroll through here), and in 2012 she texted the stranger again to see how he/she was holding up. I won’t tell you how it ends, but I suspect it’ll only be a matter of time before this tale is transformed into some Hollywood romantic comedy.

Over at PopTech, Jonathan Harris presents a brief lecture on how new media is redefining storytelling.  For example, as he points out, while we traditionally consume stories told one viewpoint at a time, in truth there are always many layers happening simultaneously at any given moment. There may be multiple protagonists, but ultimately there’s a dominant point of view.

“Life is filled with overlapping threads of narratives,” he points out in the video below.

The examples of the nontraditional story-telling formats I described above are, according to Harris, examples of how cyberspace allows for “storytelling platforms.”

That doesn’t mean that the long-form novel is over, or that should be writing anything other than what feels write to you.  But I am suggesting that exploring the innovative ways in which other people are telling their legends, fairytales, sci-fi fantasies or detective novels can inspire you, loosen you up and gin-up that much needed eagerness that’s so crucial to get you to the page.

One thought on “Cracking That Container”